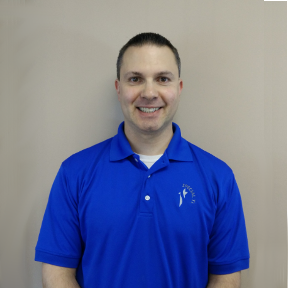 Darren Amato is responsible for Sales, Marketing, Customer Relations, New Business Development and Office Staff. His favorite color is turquoise and he is a Virgo. His favorite food is any type of pasta or Italian food and he enjoys polishing off a meal with a cup of Expresso and a dark fudge chocolate brownie.

Darren lives in Ringoes, NJ. His hobbies include target shooting, amateur electronics, baking Italian pastry, making wine and beer, and hacking. Darren enjoys any DIY project. If it lights up, turns on, makes sound or uses a battery, he likes it.

If he could be a super hero, Darren would be Batman. Let’s face it, Batman is rich and technically he has no super powers at all but he still kicks butt, he’s a self made super hero, so that’s pretty cool.

His guilty pleasure is sitting on the couch and doing absolutely nothing. Darren’s favorite television shows are: Vampire Diaries, The Walking Dead and The cheesy low budget films shown on the SyFy channel.

When he grew up he wanted to work for NASA, but doesn’t mind making cool T-Shirts for customers. Darren’s worst peeve is when people lie. His alcoholic beverage of choice is Crown Royal or craft beers.

If he won the lottery he would pay off his mortgage, buy a house on a lake in New England, a house on the ocean on the Jersey Shore and a vacation home in the islands with lots and lots of toys (Boats, JetSki, Motorcycle, 3D Printer, CNC Machine, Lathe etc …)

If he were going to make his own T-Shirt slogan it would say “I can explain it to you but I can’t make you understand it”.