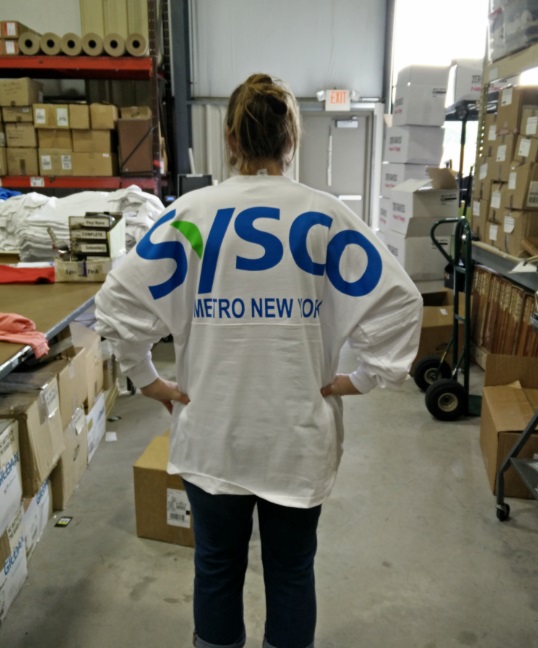 One of the hottest looks on college campuses and high school bleachers is the oversized screen printed Billboard Crew.  Similar to a long sleeve T-Shirt but with new and distinct seam locations to allow for larger prints, the Billboard Crew boasts a 28″ back print area.

Take a look at the photo attached in this post, as you can tell, this companies logo is just plain HUGE on this garment.  In this print example, the width of the print is 26″ and we had some room to spare!  With the Billboard Crew you have a true billboard to promote your brand, product, team or group.

AMBRO Manufacturing can print multiple colors on the back of your Billboard Crew and the Billboard Crews themselves come in a wide range of different colors and sizes.  These garments have become increasingly more popular with the college and high school groups.  We’ve seen Cheerleading Teams, Dance Teams, Brides and their bridal parties all order custom Billboard Crews and print large and colorful designs on the back.

While the Billboard Crew is considered a Unisex garment, the popularity of the Billboard Crew has really caught on with women.  The age span of women wearing custom Billboard Crews ranges from 7 years old to 70 years old.  We’ve been asked to print for bachelorette parties and for 50+ events, and as you can see from the sample photo, even large corporations are interested in using the Billboard Crew as an item to promote their message and their brand.

Not all screen printers are capable of printing this wide, so when choosing a screen printer for your Billboard Crew project, you’ll want to make sure that you begin your work with an experienced wide and oversized screen printing partner. 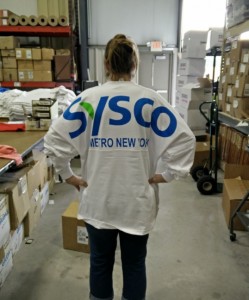