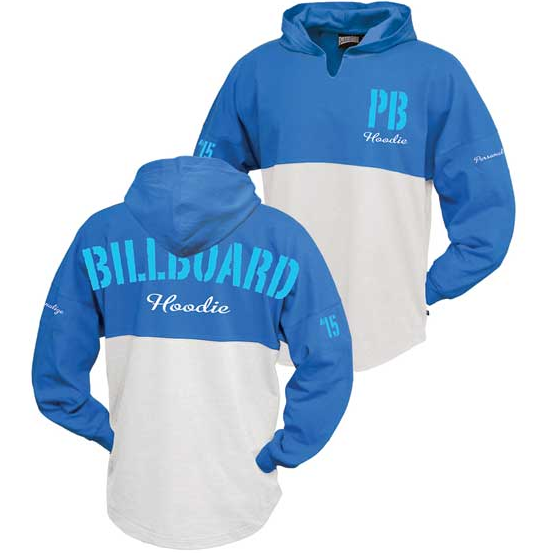 Another difference between the billboard crew and hoodie is that the billboard hoodie comes in two colors. the top half which includes the upper back, chest, sleeves, and hood are any of the five colors available which are black, red, navy, cobalt, which is a blue, and fuchsia which is a pink and the bottom half which is white.

Billboard hoodies are very trendy and keep you warm on those chilly fall nights. Are you getting married and looking for that one gift for your bridesmaids that they will wear and love for years to come? Well if your wedding colors are blue you can get them each the cobalt and white billboard hoodies with bridesmaids screen printed on the back and your wedding date on the front left chest. There are many great ideas you can come up with that I’m sure you will find something everyone will love.

If you would like more information on billboard hoodies please call (908) 806-8337 or email us today!