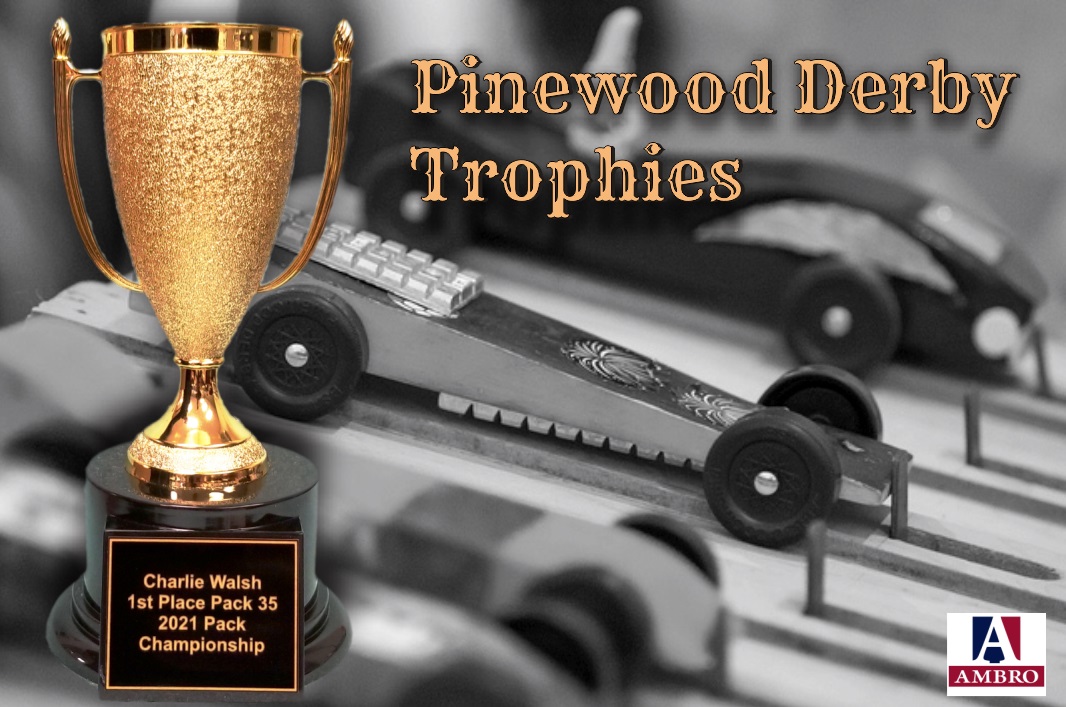 Back in the day, the soap box derby was the event to be in.  Dads and son’s built their street racers from soap crates and spare parts and entered a down hill competition. A race totally dependent on engineering and gravity, the soap box derby started in the mid west and is now over 100 years old. In 1953, Donn Murphy, then 10, wanted to compete in his local soap box derby, but the race was reserved for ages 12 and up. It was from this day, that Don’s dad had the idea to make miniature versions of the soap box cars that cub scouts and their parents could build together and race!  This was the beginning of the pinewood derby event, no celebrated world wide, once each year with cub scout packs all over the globe. Pinewood derby trophies are awarded once a year to the top 3 finishers and to some special category winners.

The pinewood derby event brings out the competitive nature of sons, daughters, moms and dads everywhere. Some of the cars rival work that comes out of the Jet Propulsion Laboratory in California. It’s amazing what you can do with a block of pine, some plastic wheel, 4 nails and some weights.  As cub scout leaders prepare for this event each year, the obligatory reminder is sent out that cars need to be jointly made between parents and cub scouts and that in the spirit of competitive fairness, all pinewood derby rules must be adhered to.

Pinewood Derby Trophies are the prize and the top 3 winners (by time) are typically awarded these trophies.  If you are interested in learning more about how AMBRO Manufacturing can assist you in preparing your pinewood derby awards, please consider emailing us or giving us a call (908) 806-8337.