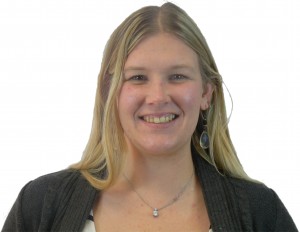 Abbey joined AMBRO Manufacturing in January of 2012. She is our Director Of First Impressions and the first face that you see when you walk in our doors.

Abbey’s favorite colors are moss green and lavender purple. Her sign is Scorpio and her favorite food is Sushi. After a fine meal, she enjoys a nice piece of chocolate lava cake. (I just shivered when I wrote that, it sounds so good!)

Abbey lives in Flemington, NJ with her daughter, a very creative little girl. She enjoys spending time with friends and family loves a good afternoon with nothing to do other than read a great book. Abbey is a bit animal lover and has two rescue pupples and six cats that found his way to her door.

In her youth, Abbey spent a lot of time on the coasts of Southport in Maine, where she grew up. Her first school experience was in a 3 room school house.

Abbey’s favorite things to do are read a good book, hike and spend time outdoors and cook/bake great food. She dreads taking out the trash, tending to kitty litter for her six cats and hand washing dishes.

Her favorite super hero is Batman because he always had the coolest gadgets plus he didn’t have any real super powers but he still kicked butt and always got the bad guy.

Her favorite quote is “Treat the world as you would treat yourself and release your expectations of its response”.

Her top 3 favorite TV shows are: Merlin, Eureka and Sons of Anarchy. She also likes Torchwood.

When she grew up Abbey wanted to be a Therapist and her worst peeve is when people interrupt you when you are in the middle of something important. Especially when she’s chopping veggies and boiling sugar.

Her beverage of choice is Vodka Tonic with a lime and a splash of pomegranate cranberry juice.

If Abbey won the lottery she would pay off her families debts, create a trust fund for future generations and donate to various charities. If she were going to make her own T-Shirt, the slogan would read:

“If you want an interesting party sometime, combine cocktails and a fresh box of crayons for everyone.”