Re-posted from the Hunterdon County Democrat:

Students from Flemington-Raritan schools will record words of encouragement and sign flags Thursday to commemorate the one-year anniversary of the Japanese tsunami and earthquake that marked the beginning of sister school relationships between schools here and in the Japanese prefecture of Iwate.

In the weeks following the March 11 natural disaster, then 7-year-old Musashi Eto helped arrange for cash donation boxes at Robert Hunter and organized a schoolwide letter-writing campaign to send personalized notes to Japanese students in an area devastated by the tsunami.

Since then, hundreds of letters have been exchanged through the Flemington-Iwate Friendship Network.

Most recently, students at Desmares Elementary School sent letters to Akasaki and Takonoura elementary schools, who are sharing a building. Though they didn’t write letters back, they sent a signed furoshiki, a traditional Japanese wrapping cloth, as a gift. Second- and third-graders also responded to letters from Massaki Elementary School.

This week, students at Robert Hunter, Desmares and J.P. Case will sign 3-by-5-foot flags with the friendship network’s logo before sending them to Japan. The flags were made by Special T’s, whose owner is the father of a Desmares student who helped kicked off the project there. 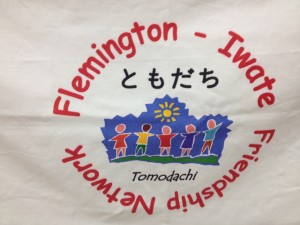 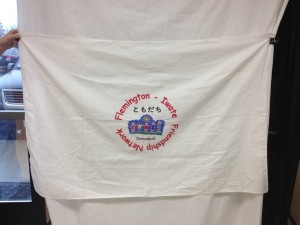 On Thursday morning, students at Robert Hunter will record video messages to their friends in Japan, offering them words of encouragement.